*Our Website is currently undergoing maintenance.
There may be temporary errors

Call to schedule a visit of our communities!
info@oak-meadows.org

PAST AND PRESENT   by Joan Nedeau, Tenant July 2022

“Sometimes we need to go back to the Past, if not only to realize the wisdom we carry to tap into in the Present”.  (Joan Nedeau)

That last quote may explain the daily binge of photos on the internet.

While sharing about the city of Minneapolis recently, an incident long forgotten jolted my memory and I blurted out, “Woolworths”!  Yes, I remember… during the 80’s… while working for a printing firm I set up an appointment at a company in Minneapolis. With little experience of cities south of the river, I drove in from Prior Lake and was overwhelmed immediately as I stepped out of my car into downtown Minneapolis.  My confusion increased as I joined the crowds, most of whom appeared to know where they were headed as they strolled in casual conversation.  Then, suddenly, “what to my wondering eyes should appear” but this huge building. The IDS Building. My destination!  A strange familiarity drew me in. The interior greeted me like an old friend. Memory kicked in, and that’s when I realized what caused this growing familiarity. In my 20’s I worked at Rockefeller Center in New York City…on the 51’st floor.

My waning anxiety soon turned to delight when I noticed a familiar sign that read WOOLWORTHS…the “five and dime’ of my youth! After my meeting, I immediately headed to Woolworths for lunch. To feed my growing nostalgia, I purposely ordered a grilled cheese sandwich. Then, I settled into my seat at the counter to observe with growing amazement the woman server. She was a figure from my Past!  Her mascara was lightly smudged and she even had a cigarette cough!  It was like coming home! Not quite… but I was charmed enough to enjoy the moment and live it again as I share it with you.

Even as I write I am settling into the positive effects of nostalgia. Today, in year 2022, looking back leaves me wondering if the last three years, rather than being a setback, perhaps have been a time of grace?  By this I mean the precursor to the pause necessary today to allow time to reflect back, and to remember what we have lived through, learned from, and survived!  Upheavals repeated throughout history act to shake us and wake us. Thus, preparing us, through change, to become committed, capable, and involved participants in what we are now referring to as the New Norm. Life not ended, just expanded.

I submit this list to help us remember what so many of us have already survived. Read and take courage:

Spankings… lead paint… rusty play grounds…second hand smoke… toy guns… no seat belts…no helmets…drinking from the hose… and, perhaps, there are a few more you may want to add. Life seemed complete before plastics, safety seals and sun screens.

“No, I don’t want to know the answer.

I just want to wonder about it for a while”

We are pleased to announce that Ebenezer will be the new management company at Oak Meadows.  They have 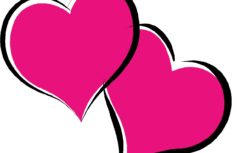