*Our Website is currently undergoing maintenance.
There may be temporary errors

Call to schedule a visit of our communities!
info@oak-meadows.org

FINDING A WAY TO GIVE BACK 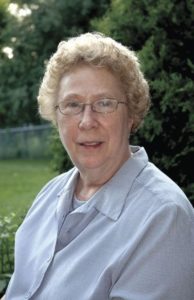 The darkness arrives late afternoon. The temperature is below freezing. The sun is setting by 4:30 p.m. or so. It’s that time of year, we are being thrown – willingly or not – into the holiday season. We are bombarded with sale announcements from every store and online shopping site.

Some of us are already in a panic over gifts, dinners and family gatherings. Will great uncle Maynard make a scene again this Christmas after getting into the eggnog? Will I get stuck in the kitchen all weekend when I’d really rather be in the den watching football with the guys?

The last six weeks of each year seem to be fraught with stress, tension and feelings of inadequacy. Why does the Martinez house down the street always look absolutely beautiful by Thanksgiving and we can’t seem to manage to put up one single string of lights?

Good advice suggests turning your perspective around. Instead of thinking of what you should be doing (or what others think you should be doing), take a couple of deep breaths and remember all of the things in your life to be thankful for.

The adage, “for those of us who have been given so much, much is required,” has been going around in my head the past few weeks. It’s been used many times in various forms, including an often-quoted version by President John Kennedy: “For of those to whom much is given much is required.”

However, it properly needs to be attributed to the Bible, specifically, Luke 12:48: “For unto whomsoever much is given, of him shall be much required.”

It’s a worthy message for all of us, no matter what your faith might be. You see the tenet upheld by people like Bill and Melinda Gates, who give billions of dollars to charities. Or Warren Buffett, who pledges to give away at least half of his fortune.

Since most of us don’t have a few billion to give away, we need to look closer to home. Take for example the parishioners at Passion Church in Maple Grove, Fridley and Andover. They just donated $10,000 to Richfield Public Schools to help wipe out student lunch debt. Recent news reports showed school lunches being thrown away instead of allowing kids with unpaid balances to eat.

Richfield school officials have apologized and donations have surpassed $22,000, more than enough to cover the outstanding balances. “We are extremely grateful to our local community, as well as people across the country, for their generosity,” a district statement said.

I can imagine what some people might say, that we are only enabling those who know how to beat the system. Some parents will intentionally ignore the lunch billings, expecting others to cover the cost, they will say. Yes, I suppose that might happen in some instances, but in any case, embarrassing the student should not be part of the process. There’s nothing wrong with honest and fair billing notices to parents to pay up, but never put the kid in the middle.

We are those people to whom much has been given – not billions like Gates or Buffett – but a comfortable and rewarding existence in a warm and caring community.

Most of us in Minnesota have so much. We go to sleep at night in clean, warm beds and wake up to a house with plenty of creature comforts and enough food for three square meals a day. We have cars to drive on well-kept streets. Our cities have enough snowplows to clear the road when the snow falls. We have great schools and a strong network of support groups, from a vital faith community to dynamic service organizations.

Our giving back can take many forms – volunteering at a homeless shelter, dropping coins into the Salvation Army bucket or donating coats to a winter clothing drive. We might help out an elderly neighbor by shoveling her sidewalk. We can say a kind word to the harried cashier when an item doesn’t scan, the waiting line grows and tempers flare.

We can greet our neighbors with a friendly greeting, no matter what their faith or ethnicity might be. Let the other guy merge in front of you on the freeway. Hold the door for someone who is trying to maneuver two grocery bags and two kids out of the store.

The nights are long, the air is cold. No better way to add light and warmth than a kind word and a hefty dose of gratitude.

Powerful Tools for Caregivers   Are you feeling stretched caring for a family member, parent, friend or neighbor? 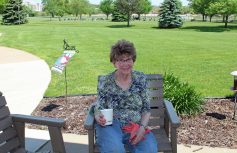